Following most major RoadRallies of the 1950’s was a tie deciding “Driving Test” involving simple manoeuvrability sections, which involved “parking the car” against the clock. Gradually Driving Tests became a discipline of motor sport of its own and in the 1960’s developed into Autotests and Championships were formed, particularly one from the BTRDA.

Autotests involve driving the car on a timed, predetermined memorised route, with penalties added for striking markers, bad positioning on the lines and not completing the test correctly.

The 2017 demon tweeks BTRDA Autotest Championship comprises 11 rounds at venues across England, Wales and Scotland. Vehicles are classified according to overall length, body type, and engine size into five classes and 3 additional scoring classes for Juniors (under 25), Jubilee Drivers (over 45) and Ladies. A new addition in 2009 was the Road Going Class E, for Saloon cars that are capable of being driven on the road, are taxed and have an MOT. The inclusion of Class E has resulted in tests being more open, with the intention that all drivers in the class will be able to get round without excessive use of the handbrake, but still demanding. For 2013 Roadgoing Production Sports Cars were added into this Class.

Despite the apparent need for optimum power and handling capabilities it will be possible to be competitive in a standard road car, driver skill being the important ingredient.

2012 saw an influx of extremely competitive drivers from “over the water” to contest the Championship, with Steven Ferguson taking the overall honour, but in 2013 Richard Pinkney restored English pride by taking his first Gold Star and did so again in 2014. 2015 saw the return of Alastair Moffatt in a newly aquired “Irish” Mini Special, who took 6 FTDs during the year to add a 6th Gold Star to his name and continued his winning ways in 2016 with 4 FTDs and a 7th Gold Star. 2017 saw a tight battle between Chris Chapman, Malcolm Livingston, Dave Mosey and Richard Pinkney, who eventually took the Gold Star by a mere 2 pts. The same four were involved in the 2018 Championship battle, although this time Dave Mosey was driving a very rapid Mini Special, and again the winning margin at the end of the year was a mere 2 pts, but this time in favour of Malcolm Livingston whose previous Championship win was in 1994. In 2019 Alastair Moffatt was again victorious taking the Championship with a maximum score. 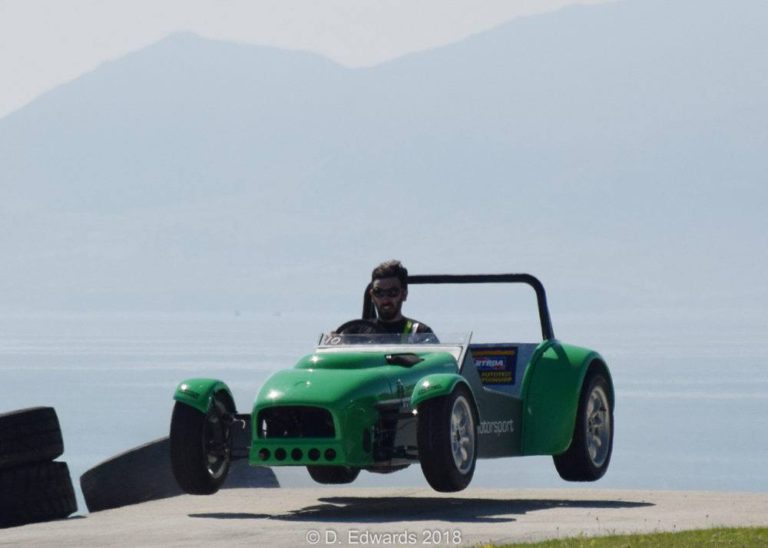